Living in Parodox: It is the best of times; it is the worst of times.
David Suzuki on Population 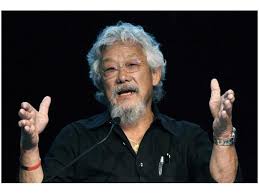 The worlds human population was self-regulated to about 1 billion up until the year 1800, since which time the exploitation of fossil fuels has seen the population explode to the current number of 7.1+ billion. The worlds population is currently increasing by 2 people every single second.

This entry was posted on Monday, January 20th, 2014 at 8:42 pm and is filed under Future Positive, Science. You can follow any responses to this entry through the RSS 2.0 feed. Both comments and pings are currently closed.