Living in Parodox: It is the best of times; it is the worst of times.
How the Fed Could Fix the Economy—and Why It Hasn’t 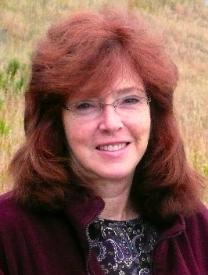 CommUnity of Minds — Ellen Brown writes: Quantitative easing (QE) is supposed to stimulate the economy by adding money to the money supply, increasing demand. But so far, it hasn’t been working. Why not? Because as practiced for the last two decades, QE does not actually increase the circulating money supply. It merely cleans up the toxic balance sheets of banks. A real “helicopter drop” that puts money into the pockets of consumers and businesses has not yet been tried. Why not?  Another good question . . .

When Ben Bernanke gave his famous helicopter money speech to the Japanese in 2002, he was not yet chairman of the Federal Reserve.  He said then that the government could easily reverse a deflation, just by printing money and dropping it from helicopters. “The U.S. government has a technology, called a printing press (or, today, its electronic equivalent),” he said, “that allows it to produce as many U.S. dollars as it wishes at essentially no cost.” Later in the speech he discussed “a money-financed tax cut,” which he said was “essentially equivalent to Milton Friedman’s famous ‘helicopter drop’ of money.” Deflation could be cured, said Professor Friedman, simply by dropping money from helicopters.

It seemed logical enough. If the money supply were insufficient for the needs of trade, the solution was to add money to it. Most of the circulating money supply consists of “bank credit” created by banks when they make loans. When old loans are paid off faster than new loans are taken out (as is happening today), the money supply shrinks. The purpose of QE is to reverse this contraction.

But if debt deflation is so easy to fix, then why have the Fed’s massive attempts to pull this maneuver off failed to revive the economy? And why is Japan still suffering from deflation after 20 years of quantitative easing? (03/16/2013)

This entry was posted on Saturday, March 16th, 2013 at 1:26 pm and is filed under CRITICAL, Economics. You can follow any responses to this entry through the RSS 2.0 feed. Both comments and pings are currently closed.