Living in Parodox: It is the best of times; it is the worst of times. 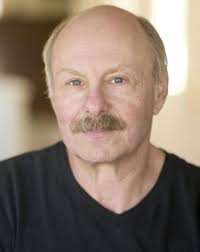 Reality is the only party with an agenda consistent with what is actually happening in the world. Reality doesn’t need to drum up dollar donations from anyone. Reality doesn’t have to pander to any interest group or subscribe to any inane belief system. Reality doesn’t even need your vote. Reality will be the winner of the 2012 election no matter what the ballot returns appear to say about the bids of Barack Obama and Mitt Romney to lead the executive branch of the government.

In the vicious vacuum that national party politics has become, the Republicans and Democrats are already dead. They choked to death on the toxic fumes of their own excreta. They are empty, hollow institutions animated only by the parasites that feed on and squirm over the residue of decomposing tissue within the dissolving membranes of their legitimacy. Think of the fabled Koch brothers as botfly larvae and the Securities Industry and Financial Markets Association PAC (SIFMA PAC) as a mass of writhing maggots.

These are desperate days in the republic. Between the two empty spectacles of the official party nominating conventions, a terrible nausea rises in the collective gorge of the swindled body politic. The putative contest of ideas is a dumbshow in a hall of mirrors. None of it avails to reduce, mitigate, or even acknowledge, the tensions that may tear this country apart, in particular the web of fraud that shrouds all the operations of money and banking – which is to say: the fate of everything the nation thinks it has invested in itself and its future. In the USA of 2012, anything goes and nothing matters. Reality has a different view of where this all ends and how it will work out.

Compare and contrast the platforms of the Republicans and Democrats with the Reality Party:

The two major parties both propose that the colossal machine of everyday life in America can not only run indefinitely, but continue expanding, and include ever more member people who trade ever more schwag. All that is required, they say, is twiddling the settings of the machine, to get it back to running smoothly as it did in the good old days before the mystifying crash of 2008. They disagree slightly on which dials to twiddle. Reality knows we have entered along-term compressive economic contraction; that there is no way we can persist in the current living arrangement; and that the necessary outcome to avoid immense human suffering can be described as the downscaling and re-localizing of everything we do.

The two major parties regard the rule of law as optional, especially in money matters. Neither party has any will to interfere with a broad array of financial rackets that range from the blatant manipulation of markets, interest rates, and currencies to computerized front-running thievery, traffic in booby-trapped derivatives and counterfeit shorts, pervasive accounting fraud, channel stuffing, irregularities in central bank bullion leasing, flagrant confiscation of private accounts, municipal bond-rigging flimflams, “private equity” looting operations, offshore banking dodges, and untold other scams, rip-offs, and cons that have crippled the basic functions of finance, namely: price discovery, currency as a reliable store of value, and the allocation of surplus wealth for productive purpose. Reality knows that the absence of the rule of law is suicidal. Reality is incapable of pretending that it doesn’t matter. Reality provides work-arounds for intractably dishonest political arrangements: civil war and revolution. Both are invoked out of extreme desperation and have unpredictable outcomes. Like Reality itself, they are what they are. (09/11/12)

Posted in CommUnity of Minds, Crisis, DANGER, Opportunity | Comments Off on Join the Reality Party

Everything Won’t Be Alright

The Automatic Earth — Ashvin Pandurangi writes: Looking around at those… around me – family, friends, acquaintances and random faces in the crowd of apathy – the level of complacency is so concentrated I can taste it, yet I can’t even describe how bad it tastes. I’m not really talking about the understanding people lack about the numerous predicaments we face as a species – that’s definitely there too… but what I’m talking about is even worse. It’s the assumption that we can just go about our day to day lives, doing our day to day work, having our day to day fun… and humanity will eventually heal itself, no matter how bad the injuries sustained.

This is a cultural phenomenon that has infested the Western world, and refuses to be eradicated. It is where many of us ultimately place our hope and stake our lives, sometimes without even realizing we are doing it. We previously discussed the entertainment enemas that have penetrated modern culture (and the lives of deluded teenagers) in Culturally Programmed Myths of Omnipotence. They have given us the vision that we can always become bigger, “better” and stronger as individuals and nations, evolving towards God-like glory, no matter what obstacles are in our way – all of the stories about superheroes, vampires, werewolves, wizards, robots and aliens – it’s all about the propaganda of pernicious power.

We even see this mentality taking root in academia and scientific research through the field of “transhumanism” (very well portrayed in the documentary, TechnoCalyps). As you can probably guess from the name, transhumanism tells us that we are on the way to becoming something more, something other, than human beings. Forget random mutation and natural selection, the transhumanist says – we can circumvent all of the slow evolutionary nonsense that we only theorized about a century ago. Now we can transform ourselves into a new species over the course of a few decades with the help of modern technology and “intelligent designers”. Just a little bit ironic, don’t you think? …

Most importantly, though, I am here to make clear that no one is immune from the mentality that “everything is alright” or “everything can be alright”, including me. I have my own personal beliefs about how humanity can be preserved and even perfected, and I don’t believe there is anything inherently wrong with that. What’s wrong is when I forget to remind myself where those beliefs come from and where they are truly leading me. Do they simply make me feel good and comfortable and “enlightened”? Am I simply willing to swallow the red pill because someone slick tells me it will “open my eyes”?

Or is there something more fundamentally true about why I have deep concerns and why I have ultimate hope. What sacrifices are really required of myself and others to reach our maximum human potentials? I believe these are questions we must repeatedly ask ourselves, because the moment we become too comfortable and too uncritical of our beliefs, or the beliefs of others around us, is the moment that we become apathetic and willing to go wherever the world takes us. It is only when we confront the umcomfortable truths of our situation in this world that we will be able to become the best we can possibly be. (09/11/12)

Posted in Crisis, CRITICAL, DANGER, Opportunity, The Internet | Comments Off on Everything Won’t Be Alright

BBC Polar Science — Scientists in the Arctic are warning that this summer’s record-breaking melt is part of an accelerating trend with profound implications. Norwegian researchers report that the sea ice is becoming significantly thinner and more vulnerable. Last month, the annual thaw of the region’s floating ice reached the lowest level since satellite monitoring began, more than 30 years ago. It is thought the scale of the decline may even affect Europe’s weather.

The melt is set to continue for at least another week – the peak is usually reached in mid-September – while temperatures here remain above freezing.

The Norwegian Polar Institute (NPI) is at the forefront of Arctic research and its international director, Kim Holmen, told the BBC that the speed of the melting was faster than expected.

The institute has been deploying its icebreaker, Lance, to research conditions between Svalbard and Greenland – the main route through which ice flows out of the Arctic Ocean. During a visit to the port, one of the scientists involved, Dr Edmond Hansen, told me he was “amazed” at the size and speed of this year’s melt.

“As a scientist, I know that this is unprecedented in at least as much as 1,500 years. It is truly amazing – it is a huge dramatic change in the system,” Dr Hansen said. “This is not some short-lived phenomenon – this is an ongoing trend. You lose more and more ice and it is accelerating – you can just look at the graphs, the observations, and you can see what’s happening.” (09/11/12)

Posted in CRITICAL, DANGER, Science, The Internet, Worst of Times | Comments Off on Arctic Warming Accelerating! ! ! 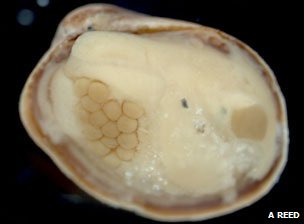 BBC Marine Biology — Antarctic bivalves have surprised scientists who have discovered that the animals switch sex. The reproduction of Lissarca miliaris was studied in the 1970s and the species was first described in 1845. But their hermaphrodite nature had remained unknown until they were studied by scientists from the National Oceanography Centre, Southampton.

Researchers suggest the molluscs could switch between the sexes to efficiently reproduce in the extremely cold ocean. The results are published in the journal Polar Biology.

“The previous reproductive study only looked at the large eggs and broods,” said PhD student and lead author Adam Reed.

This earlier work showed how females brood their young for up to 18 months, from “large yolky eggs” to “fully shelled young”, and found that females can support as many as 70 young inside their hinged shell. But concentrating on reproduction at a cellular level, Mr Reed and colleagues discovered that the eggs were actually present in males.

“Curiously, we found huge numbers of very small eggs in functional males, which appear to be far higher in number than an individual could brood throughout the life of the animal,” he told BBC Nature.

The team suggested that the bivalves reproduce as males while they are still in the “small” stages of development, switching to female organs once they are large enough to brood a significant number of eggs. (09/11/12)

Posted in Best of Times, Science, The Internet | Comments Off on Survival of the “switchiest”